Ring “The Thief” is a member of the Children of the Moon, also known as the Night’s Cult. Although Ring follows Selene “The Night’s Mistress” in her plans to destroy Eros, he does not do so with the same respect as Hector. Ring only thinks about his own interests and desires. 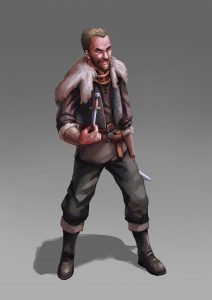 Ring “The Thief” was born in the Valish Lands in the year 179 in the city of Rogmunnak. He was born the second son of Laric “The Magpie”, Leader of the Guild of Magpies. This brought him into contact with his future job, stealing, early on. Ring was a cheeky and dexterous boy. Ring loved the filthy streets of Rogmunnak and could therefore often be found under one of the many wooden bridges Rogmunnak is known for. Here he also met Eldwin, a quiet boy who became best friends with Ring and acted as a natural counterbalance to Ring’s extrovert behaviour.

Logically, he eventually followed his father’s footsteps and joined the treacherous Magpies Guild. At this point, the Magpies Guild was no longer what it had been in the distant past. The times of great influence in the city of Rogmunnak and great wealth were ages ago, but the stories about this time were still well known. The Magpies Guild in these days was mainly concerned with petty theft and robbery of lone traders.

Ring longed for greater riches than the Valish Lands could bring him and after years of simple thefts he was waiting for the opportunity to reach a greater purpose.

When Selene  “The Night’s Mistress” came to Rogmunnak in the year 203 to seek shelter after her desperate retreat from the City of Eros, she came into contact with the guild. Selene knew immediately that the guild could be a powerful ally, even if the guild’s strength was waning. Selene asked Laric for help and he decided that his oldest son Derek would become Selene’s traveling companion.

Derek was overjoyed and told his younger brother Ring of the adventurous assignment he had been given by their father, but Ring was certainly not happy for his older brother. He decided, without his family’s knowledge, to take Derek’s place as Selene’s companion. In the middle of the night he decided to visit Selene’s room and pitch his own qualities there.

Selene immediately saw Ring’s unrelenting qualities, as a thief and someone who knew how to manipulate a situation. Selene decided to take Ring on her onward journey instead of his older brother Derek, unbeknownst to the rest of the Guild.
That same evening, the newly emerged trio set out headlong from Rogmunnak and set out into the pale wilderness.

So Ring joined the exiled priestess from the south. Ring joined Selene “The Night’s Mistress” and Hector “The Broken” as the third member of their small group, eventually becoming the Night’s Cult.

Ring “The Thief” is a man in his late thirties. Ring often falls out of tune in the company of the other Night’s Cult members as he still wears his clothes he brought with him from Rogmunnak. In addition, Ring is also one of the best thieves on the entire continent after years of training in the Guild of Magpies.

Although Ring has no significant military training, he has enough skills in the use of his fists. In addition, Ring always has 2 hidden knives with him that he can use at all times to save himself from dangerous situations.

You can find Ring “The Thief” as a 3D printable fantasy miniature in our MyMiniFactory store. 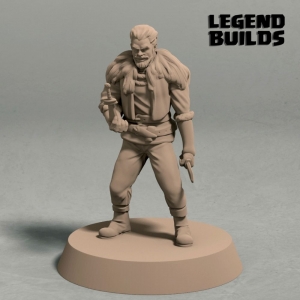 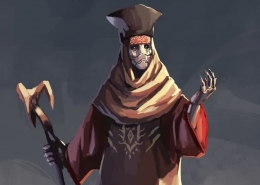 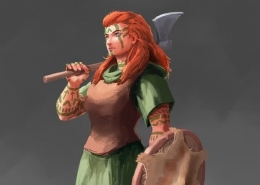 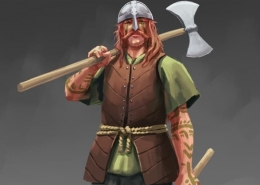 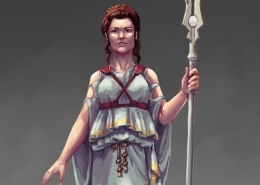 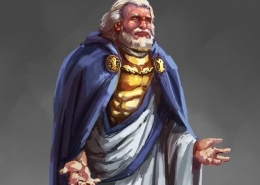 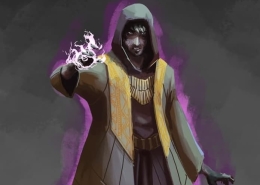 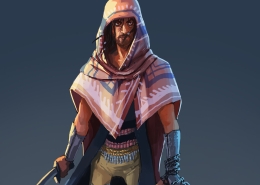 Solon “The Wise”
Scroll to top